October 27, 2012
I am an academic and thus I am required to do research and to write. As someone who studied sociology, social welfare, public health, international health, and economics I am plenty equipped to study poverty and the lives of poor people. And in my areas of study, these are the people of whom we ask questions, whether here or abroad.Were I to do a search of any library database using poverty as a keyword, I will get hundreds of hits for journal articles published in the past month alone. But I have decided that I will no longer study 'poverty' or 'the poor' because I find it exploitative in its convenience, somewhat useless in its findings and creates a conundrum in its recommendations: how to change poverty by changing the poor.

We study how the poor shop, what they eat, what they drink, how fat they are, how (un)educated they are, how much health care they (don't) get, how they parent, and how a wide range of social, political and economic factors interact to influence their patterns of behavior.

Given that the poor have been studied for more than a hundred years and are not responsible for their poverty, and that poverty is a result of social and economic policies and systems, the objective of studying the poor or poverty seems unproductive. For example, Charles Booth's study of the poor in East London in the late 19th Century has findings similar to recent studies of the poor of East London. Finding that poverty did not change should not be surprising if the system that creates vast swaths of poverty: capitalism and social/political neglect, have not changed. That we are fascinated by the increases in inequality after creating systems that create such inequality makes us seem out of touch with the 'real world' outside of the towers of ivory.

Through our 'engagement' with the poor and with poverty, academics have implicitly and explicitly made poverty, and especially the poor, the object of our inquiry and therefore the focus of our interventions. There is something inherently 'perverse' or 'interesting' or 'puzzling' about the behaviors of the poor that inspires intellectuals of all stripes to spend lots of time writing grants, seeking out 'controlled and randomized' samples (or more likely samples of convenience), and doing complicated qualitative and quantitative analyses using sophisticated software to find out wherein lies the problem of poverty and how we can change the behaviors of the poor to make them less poor or more 'functional' within their poverty.

In the global arena, economists are leaving the theoretical equations of the classroom to test their ideas in the real world (see the books More Than Good Intentions, Poor Economics etc). Using localized research projects, these economists from Yale and The Poverty Action Lab at MIT seek to find 'the answers to poverty' by comparing how samples of poor people respond to different 'aid' scenarios. I will not deny the fascinating results of these studies, but the power dynamics of the 'lab rat' experiences that poor people must endure at our expense in the production of knowledge, leaves me queasy; despite all the very careful ethical standards that are in place.

Our extensive studies of the poor goes against the justice principle of the 1978 Belmont report that defined ethical standards for protection of 'subjects' in research. Academics put undue burden of research on the poor because the benefit to the poor is hard to justify the more we study them and the longer they remain 'poor' as mobility upwards slows down and the top 1% get increasingly wealthy. Perhaps we should study the rich in order to benefit the poor. We know a lot about the poor but it is hard to say how much 'new' information we gain about poverty/the poor with each new study, or how much poverty alleviation has happened as a result of the waves upon waves of various methodologies and strategies we have employed in the study of individuals who are poor.

The problem is not poor people. The problem is poverty. And there is no way to 'find answers to poverty' by studying poor people as they are not the creators of their demise. However, as people with power, we have chosen them as the 'object' of our research (though 'partners' is a more trendy notion - and lofty goal - I hesitate to tarnish the meaning of the word by using it in this context). We do this because it is challenging to find a sample of the top 1% to study in the same way that we study the bottom 1%. How fascinating it would be to find out about how the wealthy give to charity, pay their workers more, consume less, vote in a particular way, their savings patterns, their inheritance patterns, their parenting, consumption of pharmaceuticals and recreational drugs, their romantic relationships, their residential patterns etc. etc. However, the wealth and power of the rich insulates them from being subjected to the querying minds of academe. The Center for Wealth and Inequality at Columbia University was created several years ago in a groundbreaking move to study wealth and inequality and yet it still identifies poverty as the first item in its list of research interests.

Among my colleagues around the globe, I would be hard pressed to find anyone who finds new research on poverty groundbreaking in any way. This particular blog post was inspired by an online discussion on the Spirit of 1848 listserv of the American Public Health Association - a left wing community of public health professionals from around the world interested in the issues of inequality and its impact on health. Recently, the conversation was exploring the issues raised in an article titled, 'Low income linked to poorer health in both US and England, despite different health systems', which was published in the American Journal of Public Health in late September. An article that created a resounding 'duh!' online.

I think it is time to leave poor people alone; to use our power to protect them from our insatiable curiousity about their lives through actively fighting with them for social policies that raise their standard of living and education and gives them more access to resources and power. Replicability may be a founding principle of science but after a point we move to redundancy. If we still feel the need to ask questions of the poor, perhaps we can let them guide the way. This means we give up our 'intellectual superiority' and become servants to the poor, asking the questions to which they want answers. This may mean less articles for me to review for lofty (and not so lofty) journals but it may mean that more of what we write gets read by more people, and more of what we read educates us in a meaningful way that makes social change possible. 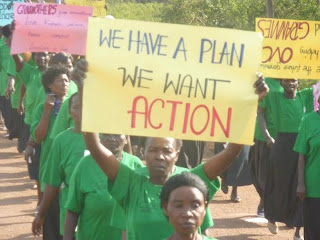 Popular posts from this blog

A Feminist's Thanks Giving

November 28, 2013
Today is a day when I want to give thanks for some human rights I deserve and some things I am lucky to have as a woman.

I am grateful that my parents were happy I was born a girl.
I am happy that my parents valued my education, and for all the education I have achieved and that I can use my education to take any job I choose.
For tampons and feminine sanitation, I feel lucky.
For contraception and the right to abortion, I thank the women who came before me.
For being free to marry who they choose when they choose, I am happy for my sisters who thinks this the right choice for them.
I wish my 17 year old daughter would appreciate her good fortune at having the right to drive.
I am thankful for a job that allows me to buy as much or as little clothes that I can wear as I please.
I am grateful for laws that protect me from rape and violence (the effectiveness of such are left for another day)
It is liberating to be able to have sex outside of marriage.
I am happy to not need a male esco…
1 comment
Read more

What the Wealthy Have to Offer to the Study of Poverty

September 18, 2014
I have in a previous post (October 27, 2012) expressed my intellectual, personal and ethical discomfort with the extensive 'subjectification' (more trendily termed "participation') of poor people in research with the lofty and well-intentioned goal of 'understanding the poor' or 'understanding poverty' in order to alleviate the plight of the exploited and excluded. It resonated with many people and was read by multiples of the usual number of readers of my posts. However, I offered no alternative, so here goes.

Let's interview the wealthy. Yes. Let's find them in their communities, offer them up something they desire, like to shake the hand of Bill or Hil or an invite to Davos (if they aren't already shuttling in on their private jet), and ask them pages of questions about why they do the things they do and ask them how they could do them with less harm to the world.

policyprovocateur
Policy provokes me to think and write. I currently work in ivory towers inspiring people to engage in their world. I am a student of the human condition and my classroom is the world. I don't need credentials to have an opinion but I've got paper to prove I know a few things about public health, social welfare and economics. I'm coming out of the tower and taking the words to the people and hope you will send some words back at me.